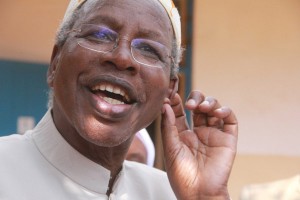 The government decided to strengthen community policing through the Nyumba Kumi Initiative, in which members of a neighbourhood were expected to know at least 10 of their neighbours. The government at the time wanted security chiefs to ensure that the policing initiative is implemented to enhance security .The system would ensure that the current system under a chairman would be restructured to ten units with a clear leadership structure for the security of the households concerned.The initiative’s chairman, Joseph Kaguthi, has said that Kenyans’ participation was the surest way to help realise their mandate as per the Constitution.He said this way, the citizens dictate how they want to be governed via a devolved system of governance unlike before where everything began from the central government and trickled down to the people.